LAUSD Superintendent Recommends RENEWAL of the Petition of AIUPNA

Pueblo, we have earned your support again and thanks to that, Anahuacalmecac World School’s charter has been renewed by the LAUSD. With our mother maíz in our hands and the truth in our hearts, our elders and our children will #rise, #resist and #regenerate for five more generations. On November 27th, the LAUSD Board of Education renewed the charter by unanimous vote. Nimistlasokamachilistle tokniwan Thank you everyone! #AdelanteAnahuacalmecac﻿

Anahuacalmecac International University Preparatory of North America is the ONLY indigenous community-based autonomous school in the county of Los Angeles, California. Our school is located in unceded nican chanehqueh Gabrielino Tongva sovereign territory, now known as Los Angeles, El Sereno - formerly Otsuungna. Anahuacalmecac is a California autonomous public charter school unanimously authorized by the State Board of Education in 2014.

Anahuacalmecac was the first public school in the City of Los Angeles to become an authorized International Baccalaureate World School in 2008 sparking a movement within LAUSD to adopt the IB programs in schools across the District. In 2017 Anahuacalmecac collaborated with the ACLU and other charter schools to develop the California Schools Are Sanctuaries coalition which earned the support of this Board to enact the “LAUSD Schools as Safe Zones for Families Threatened by Immigration Enforcement” resolution and policies. In 2017 we also collaborated with IB schools in LAUSD to host the first ever IB Middle Years Program Coordinators Symposium with the support of the California Association of World Schools. Better schools and increased graduation rates are good for all children in Los Angeles and we celebrate our collaborations towards these goals over the years.

Today, Anahuacalmecac celebrates partnerships with collaborators around the continent and indeed around the world, as we celebrate the inclusion, recognition and cultivation of Indigenous Peoples’ knowledge in our school through a pedagogical focus on cultural inquiry, community building and preparation for college. We refer to this pedagogy as SOBRESISTENCIA, a concept centered upon our survival, endurance and resilience as Indigenous Peoples. Through our partnerships, and over the course of the past charter term, our students, teachers and parents have participated in truly historic experiences including the 2015 United Nations Permanent Forum on Indigenous Issues at the UN Headquarters, the 2016 World Indigenous Law Conference at UC Irvine, the defense of the Standing Rock Sioux Nation in the 2017 Native Nations Rise march on the White House including a transcontinental bus ride to Washington DC,  the 2017 Indigenous Peoples Day campaign at City Hall through which we abolished Columbus Day in the City and County of Los Angeles and established Indigenous Peoples Day in its place. Since 2016, Anahuacalmecac students and educators have hosted and convened an annual Indigenous youth summit, Sentli Seeds of Sovereignty Summit in partnership with San Francisco Unified School District, the UCLA American Indian Studies Center and the Seventh Generation Fund for Indigenous Peoples among many others. In 2018, Anahuacalmecac was honored to formalize a collaborative partnership with the indigenous government of Copalillo, Guerrero, Mexico in Nahuatl education in public indigenous schools as an extension of our participation in the California Department of Education (CDE) Exchange Visitor Program for over a decade. In 2018, Anahuacalmecac also established a partnership with the UCLA American Indian Studies Center to develop youth designed content on Indigenous Peoples for UCLA’s knowledge webpages. All of these experiences and many others which we organized in between brought life to what we refer to as the Living Curriculum which connects what our students learn in the classroom to the real world in real time.

Throughout these amazing experiences engaging with community, our students work diligently to meet personal and community-based academic goals including school completion, college readiness, bilingual literacy and native language revitalization as individuals and as family members. Anahuacalmecac has met all of its performance targets as set out in the charter of 2014 as authorized by the State Board of Education. Most importantly, the combined result of both high expectations and high support for our students has been reflected in the fact that based upon recent surveys the vast majority of our students and parents believe that Indigenous students and people are respected in our school environment. This may seem unimportant to some outside our school, but when compared to youth suicide and attempted suicide rates in American Indian and indigenous communities of Latin American origin, particularly Latinas (reportedly 15% attempted suicide rate in 2017), our success with students is very real and important to US.

Our success has also included the cultivation of partnerships with major colleges and universities in our area including UCLA, UCI, UCR, CSULA, ELACC, Pitzer College, Pomona College and Western University of Health Sciences to name a few. Through these partnerships and others, Anahuacalmecac students participate in extended summer programs, afterschool programs, enriched class offerings and college and career pathways designed to help guide and support our students academic and personal goals in a way which celebrates their indigeneity and complements their individuality. Anahuacalmecac builds these pathways to college and career through three major programs, the International Baccalaureate Primary Years Program for grades TK-5, the IB Middle Years Program for grades 6-10, and our unique college preparatory program, the IndigeNations Scholars Program, developed in partnership with Pitzer and Pomona Colleges for grades 11 and 12.

Since earning the unanimous support of the State Board of Education, Anahuacalmecac has had to face and overcome challenges not uncommon to charter schools. A fiscal shortfall was created in 2016 when the SBE authorized the merger of our programs Tk-12, but the CDE did not provide funding as projected. Anahuacalmecac overcame this fiscal shortfall by accessing our school’s assets in consultation with various fiscal experts including FCMAT, the CDE, MKM Accounting and our own lenders, ProAmerica Bank. Additionally, and in part as a result of this fiscal shortfall, Anahuacalmecac’s planned preparations for the major transitions in state assessment to CAASPP through online testing suffered setbacks. However, with adequate funding and a strategic focus on demonstrating student achievement on CAASPP and other state assessments, our students improved by 23% in Math and by 12% in ELA overall. Based upon this growth and the historically stagnant indicators noted in publicly available data of a lack of growth on state and local student performance in CAASPP, Anahuacalmecac student performance in 2018 outpaces similar demographic groups locally, statewide and in all charter schools combined across the state. Anahuacalmecac has also demonstrated exceedingly high graduation rates of over 93% according to the State’s new “College Readiness Indicators”.

After over 500 years of colonization, Anahuacalmecac stands as the only school in the greater Los Angeles area that teaches any Indigenous language, including A-G approved courses in one of our community’s maternal indigenous languages, Nahuatl-Mexicano. Recently, the State of California authorized new legislation calling for the creation of Native American Studies curriculum. Assembly Bill 738, the Native American Studies law notes that:

Anahuacalmecac’s holistic approach to education TK-12 does all of this and more.

We urge the LAUSD Board of Education to support the renewal of the charter of Anahuacalmecac as an autonomous Indigenous Peoples community-based school as an opportunity to expand Native American educational opportunities in Los Angeles for all Indigenous Peoples, families and children.

In closing, we would like to recognize Tata Cuaxtle Felix Evodio, who with his dying breath almost four years ago commissioned us to establish a school like Anahuacalmecac in his home community in Guerrero Mexico and to never forget: Xquema tihquitos ka, maske tik matis ititlantokej - never give up, even upon your last breath of life. I leave you with copies of the National Urban Indian Family Coalition report on RESURGENCE: Restructuring Urban American Indian Education which includes Anahuacalmecac as a model school in this national study. 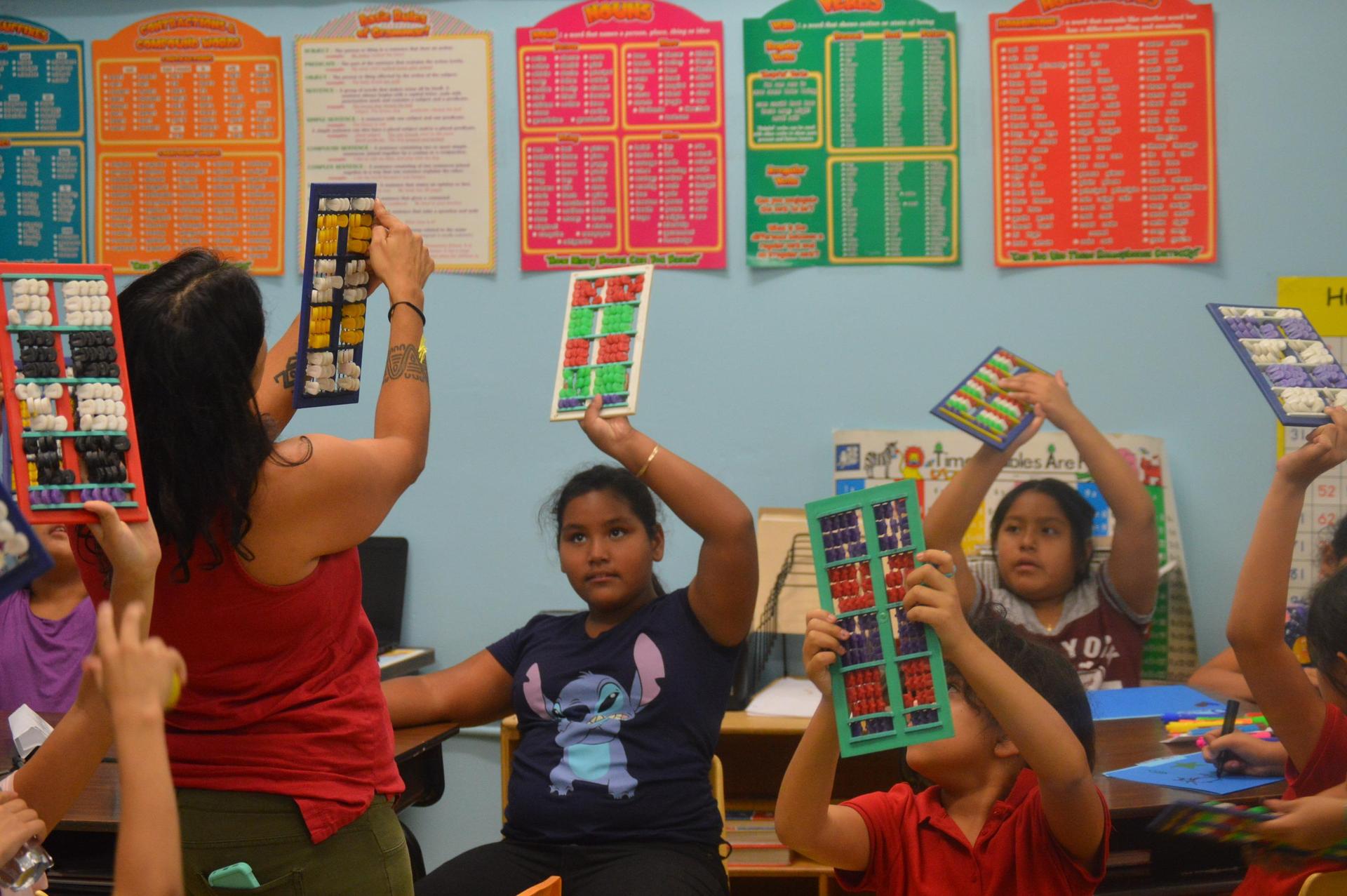 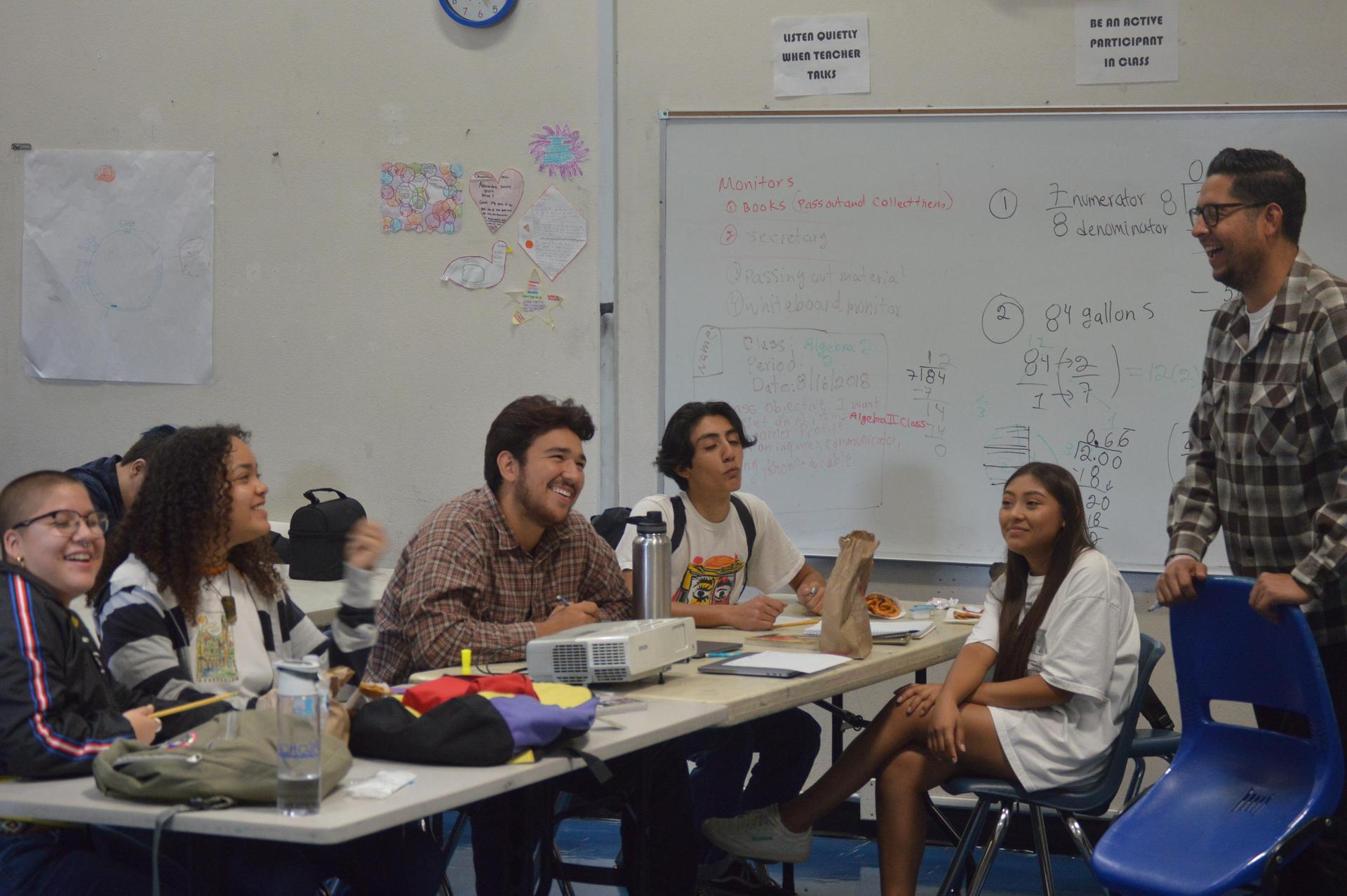 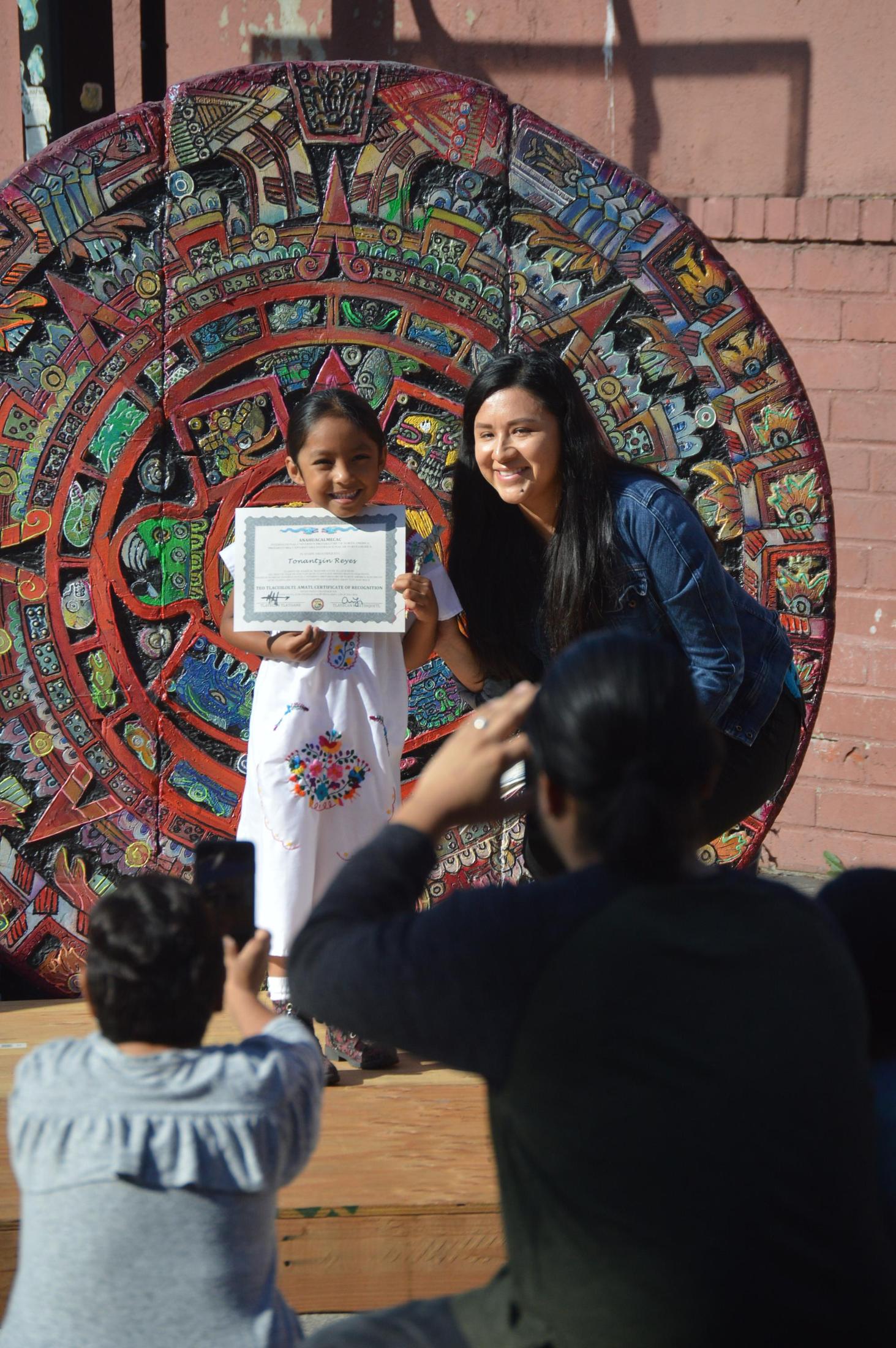 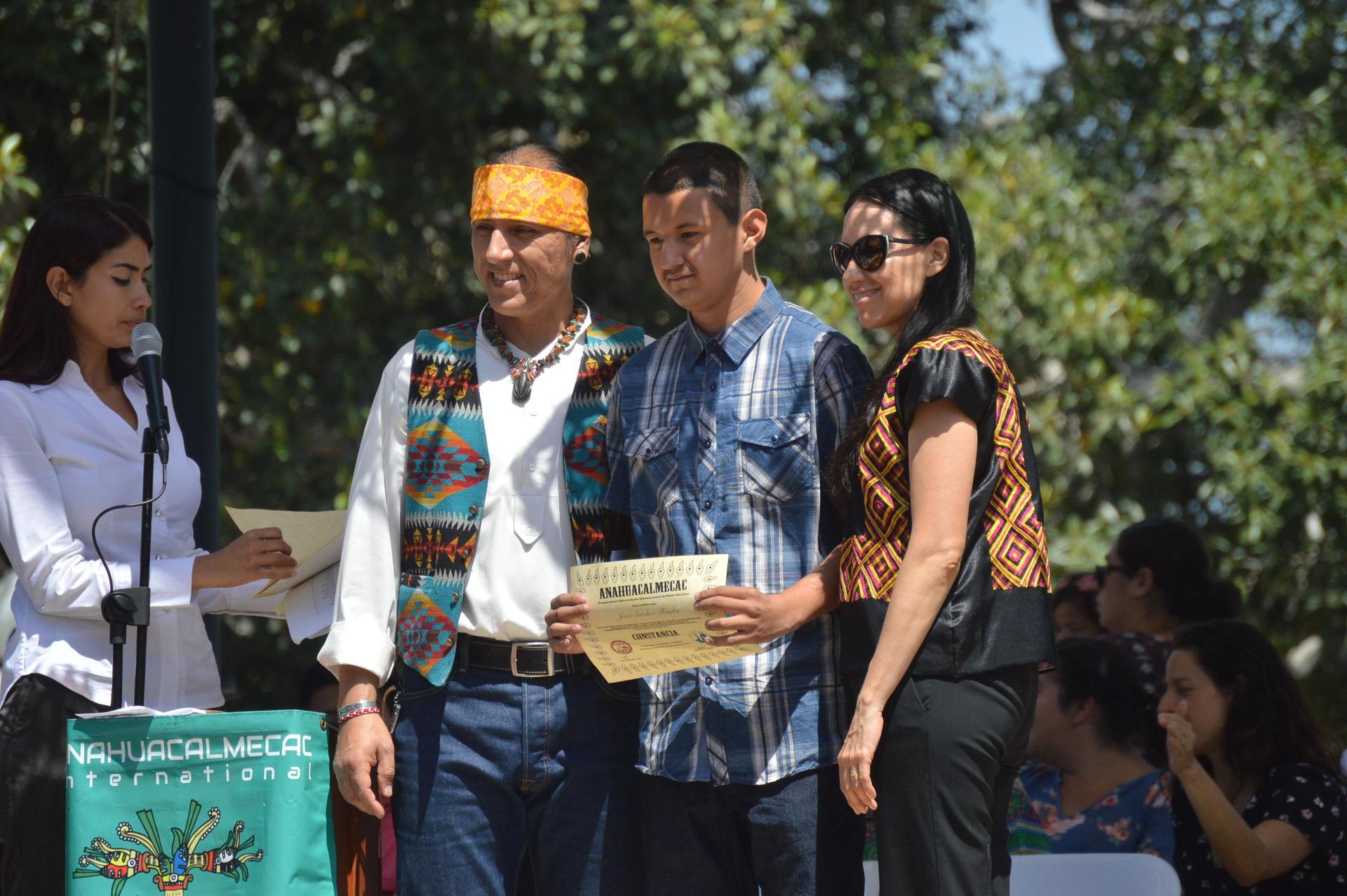 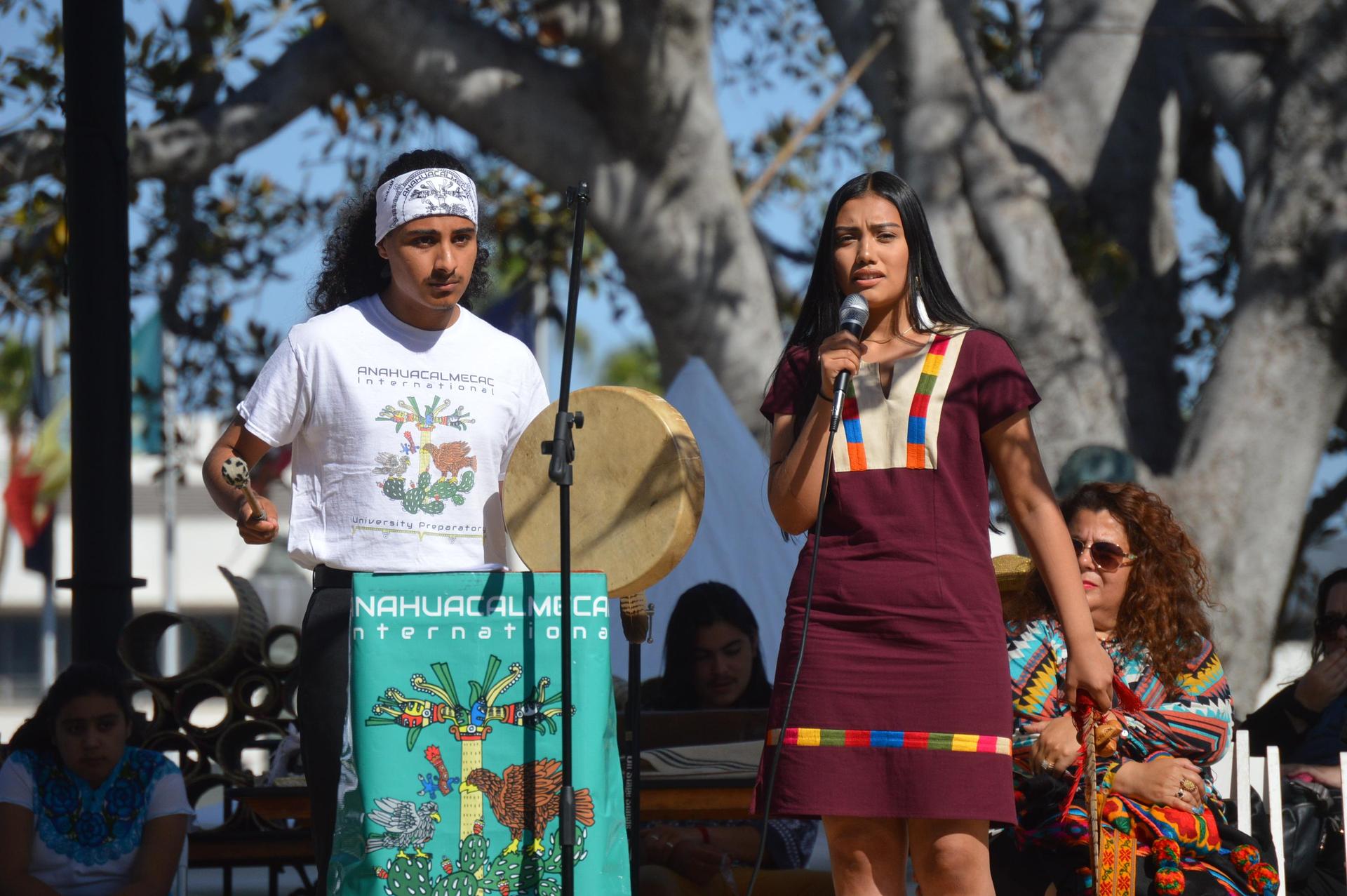 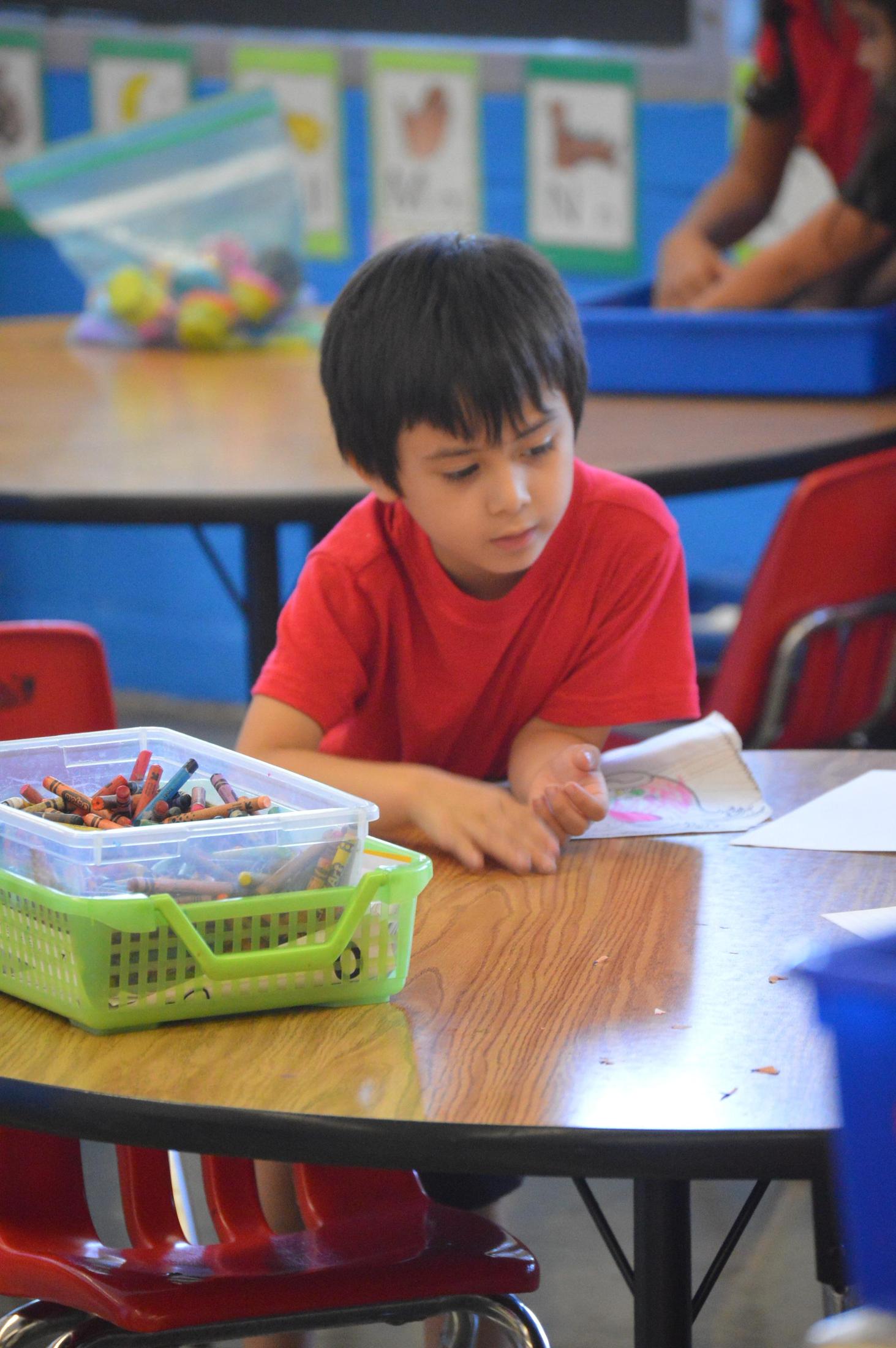