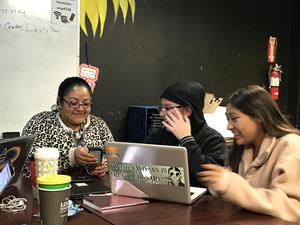 Are you passionate about teaching about literature, writing and multicultural literacy? Anahuacalmecac is seeking to hire a highly qualified candidate to teach high school English. Candidates should be well versed in Chicana/o, American Indian, African American and international literature as well as the Common Core. An ideal candidate will be certified to teach English by the International Baccalaureate and adept at applying decolonizing methodologies and praxis in the classroom. For more information please apply online at Edjoin.org.
Read More »

Anahuacalmecac is honored to formalize a collaborative partnership with the indigenous government of Copalillo, Guerrero, Mexico in Nahuatl education in public indigenous schools as an extension of our participation in the California Department of Education (CDE) Exchange Visitor Program for over a decade.
Read More »

ANAHUACALMECAC ADDRESSES LAUSD BOARD OF EDUCATION ON RENEWAL OF CHARTER PETITION

Yesterday, a delegation of parents, students, educators and board members of Anahuacalmecac addressed the LAUSD Board of Education seeking the renewal of the charter of their beloved school. Anahuacalmecac International University Preparatory of North America is dedicated to student academic excellence, Native wisdom, and appreciation of the cultural and intellectual heritage of Indigenous Peoples and the promotion of positive social awareness. The charter of Anahucalmecac was unanimously authorized by the California State Board of Education in 2014 and must be renewed by June 30, 2019.
Read More » 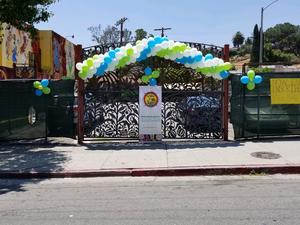 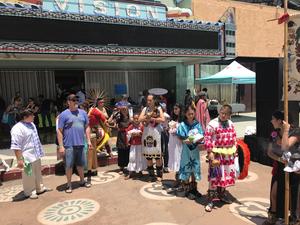 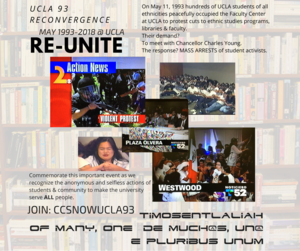 Breaking the Fast: Liberation through Education, Militancy and mobilization by the Mexican community in defense of Chicana & Chicano Studies at UCLA in 1993
Read More »

UCLA alumni Marcos Aguilar and Minnie Ferguson who participated in a hunger strike in 1993 said at an event Tuesday they faced racial and cultural barriers as indigenous students.

The Eagle and the Condor Liberation Front, a student-led organization that promotes the unity of indigenous peoples, hosted an event to honor the 14-day sit-in and hunger strike in 1993 that led to the creation of the Chicana/o studies department. Indigenous peoples are those who first inhabited a specific area, despite any groups that have since settled in, occupied or colonized the region.

The event featured panelists who said they were frustrated that the university administration did not approve student proposals for the creation of a Chicano/a studies department in 1990.
Read More »

How Student Activism Shaped My (Our) Life (Lives): On the 25th Anniversary of the ‘Chicana/Chicano Studies Now’ Movement at UCLA

In the spring of my sophomore year at UCLA, the administration threatened to close the Chicana/o Research Library. Chicana/o students planned an act of civil disobedience—a take-over and sit-in at the campus Faculty Center. I was eager to join, but was scheduled to work that morning. I asked my boss for permission to miss work to attend the rally. She looked me square in the eye and said yes, on two conditions: Don’t get your picture taken. And don’t get arrested.
Read More »

Threat against school a hoax according to LAPD

A school threat received by school administration turned out to be a hoax.
Read More »

The Hunger Strikes of 1993 are part of a legacy of Chicanx student resistance, one that secured spaces for Raza to be included. Many times this institutional and historical memory leaves us; for the dignity and respect of our Elders who participated in this time of tension, we mustn’t forget. As a community struggle, Raza students took it in their own means to propose what sustaining Xicana/o Studies would look like. It was a time where Chicana/o Studies stood at the edge of being cut completely, as well as its resources on the UCLA campus. The spirit and dedication for direct action was needed to put pressure on administration, to remind the university that they serve us -- the people.
Read More »
RSS Feed